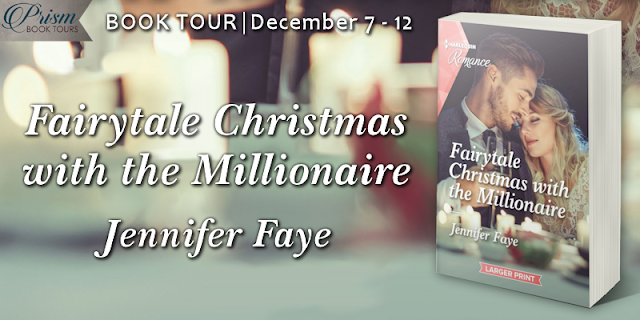 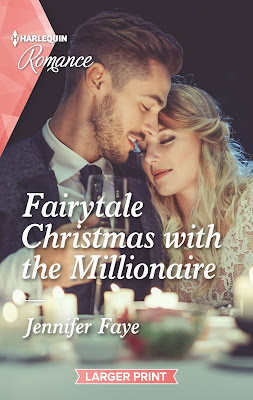 He thinks he has it all…

…until he meets his spirited Cinderella!

Under threat of eviction, Alina Martin finds herself making a deal with infamous CEO Graham Toliver. He may be used to getting what he wants, but Alina’s not going to back down. Yet as Alina gets to know Graham, she realizes that there is more to the charming CEO than she initially thought—could their arrangement lead to her happily-ever-after in time for Christmas?

From Harlequin Romance: Be swept away by glamorous and heartfelt love stories. 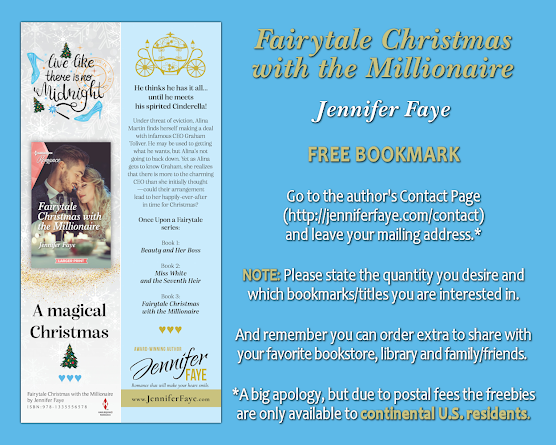 Go to Jennifer's Contact Page HERE and order your bookmark(s)!

Graham hadn’t intended to spring a surprise attack. In fact, he’d been expecting her to recognize him. Perhaps he’d done too good of a job ducking the press since taking over as CEO. The truth was that he’d never wanted to live a public life, not like his father, who made the news regularly.

“You can’t be Graham Toliver,” she said. “He’s much older. I know. I’ve seen the pictures.”

She shook her head. “I’m working.”

“This shouldn’t take long. I’d like to make you an offer.”

She opened her mouth, presumably to refuse to speak with him. But then she pressed her lips together as though rolling the thought around in her mind before deciding. “I’m listening.”

“Alina.” A server rushed up to them, interrupting before Graham could respond. Her name tag said her name was Sally. “Are you available on Thursday? We just received a big reservation and we could use more help.”

“Please, Alina,” Sally said. “You know how much these big groups tip. It’ll really help you if that jerk kicks you out of your home.”

Color rushed to Alina’s cheeks. She didn’t say anything for the moment. “Let me think about it. Can I let you know?”

“I’ll mark you down. If it doesn’t work out, you can let me know tomorrow.”

This was the first time Graham had a chance to visualize the Stirling residents as flesh and blood and not merely as numbers on a spreadsheet. He thought she’d at least be appreciative of the extra money he was offering—money his company didn’t have to hand out.

Alina acted as though he was kicking them to the curb with nothing but their belongings. He’d made them a fair offer to move. And then he’d upped that offer if they moved sooner. In fact, his board had balked at the size of the offer but that hadn’t stopped him from making it happen.

Alina turned back to him. “I have to get back to work.”

“I tracked you down so we could come to some sort of agreement.”

She shook her head. “You wasted your time.”

“I can wait, you know, until you have another break.” He had meetings all morning but they could be moved. This was more important. 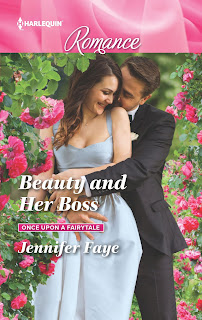 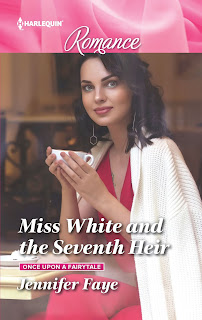 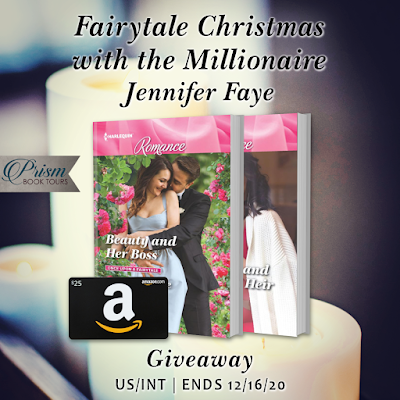 One winner will receive a $25 Amazon gift card and autographed copies of the first two books in the Once Upon A Fairytale series: BEAUTY AND HER BOSS and MISS WHITE AND THE SEVENTH HEIR (US only, if winner is international digital copies will be sent instead)